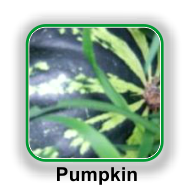 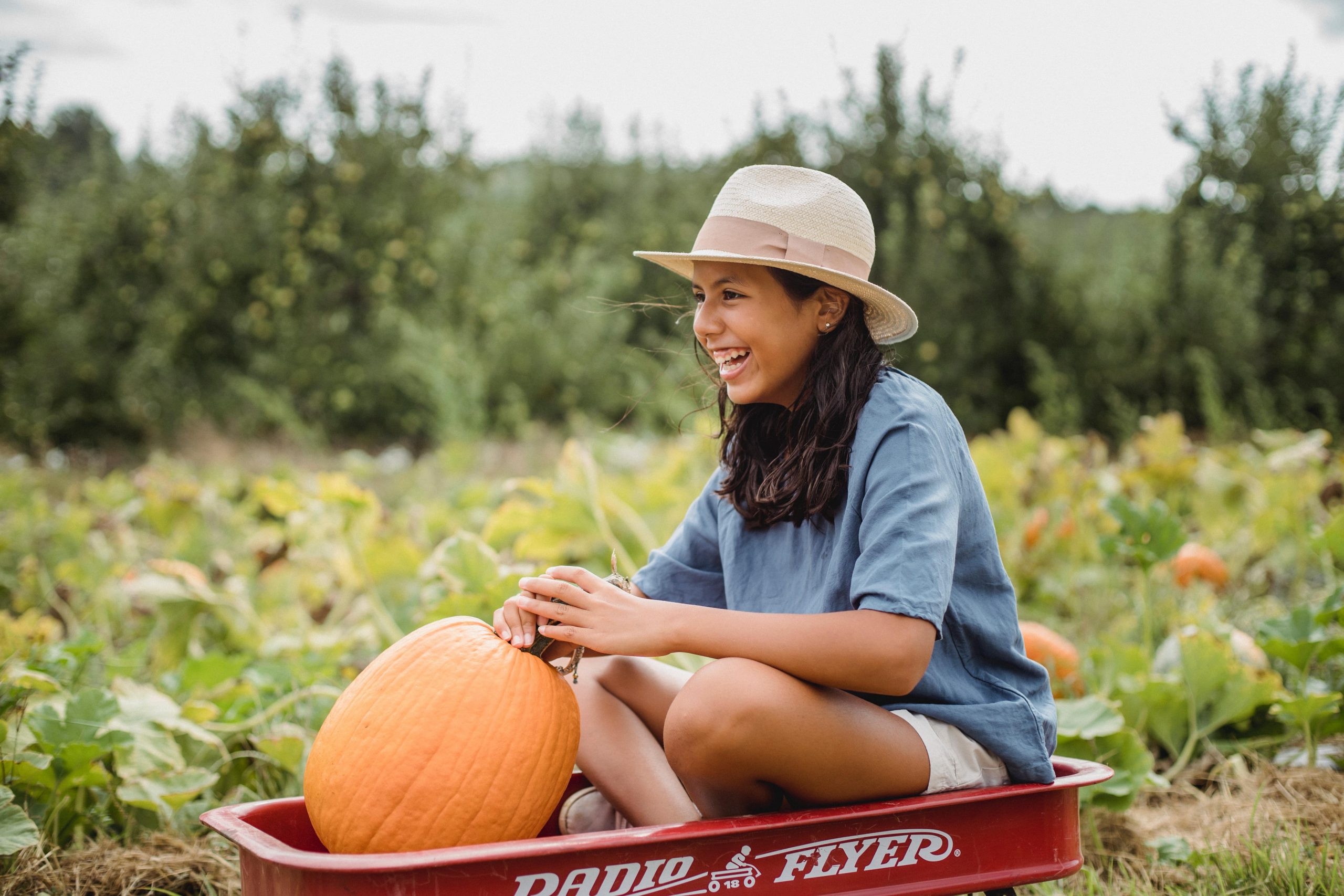 Pumpkins are not particularly recommended for small gardens because of the plants’ size but they are not difficult to grow and are fun for children.

Pumpkins are closely related to winter squash and to other vining crops like cucumbers. They are also grown very much like winter squash.

Pumpkins can be eaten cooked, either boiled, steamed, baked, or microwaved. Large varieties grown for carving at Halloween tend not to be flavorful and don’t store well. Smaller traditional varieties are better for eating on their own, for use in pies, and for storage. Most pumpkins, when they are mature develop a hard rind that resists pressure. In general, harvest pumpkins after the first frost kills the vines but before a hard frost.

Cut stems of mature pumpkins leaving a ‘stalk’ or handle if you intend to keep for a long period.
Store pumpkins in a warm, well-ventilated room to dry (or “cure”) for about a week, then store in a dry, cooler place for up to 6 months, checking regularly for soft rotting spots.

It is important to remember that Pumpkins are not at all fussy whose pollen the bees will deposit when they are ready accept.

For this reason many gardeners get quite a shock at the result of their harvest when it looks more like the bloke down the roads pumpkin than what was intended. Sow the seed at the begining of Spring and harvest in late Autumn.

Some varieties will very conveniently climb a trellis and bear fruit in air. Ours often share an overhanging grape arbor which frees up quite a lot of space on the ground.