Growing Herbs: How to Plant and Grow the Best Herbs at Home (M-Z) 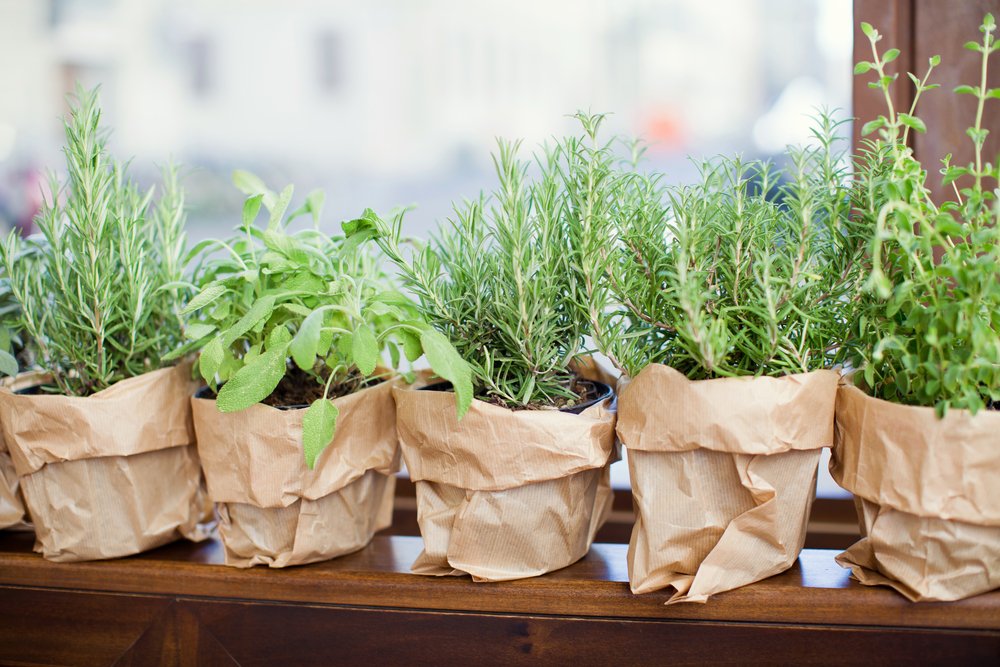 This is the second part in our guide to growing herbs and spices at home (herbs M-Z).

You can read the first part (herbs A-L) here.

Marjoram grows as a mound type plant and are a perennial to around 12 inches tall.  Marjoram has glossy, pointed leaves that have a spicy taste and scent.  The plants are covered in summer with beautiful clusters of white or pink flowers.

Plants are tender and do not survive in areas with heavy frosts.

Growing:  Except in frost free locations, sweet marjoram is best grown as an annual, started from seed indoors 6 weeks before outdoor planting.  Sow the seeds just below the soil surface.

When it comes to growing herbs, few are as easy to propagate as mint.

The family of mints is large and easily identified by its characteristic square stems.  The leaves vary according to variety, but most are spear-shaped and serrated.  The two most common mints are  M. spicata (spearmint) and M.x piperita (peppermint), both are hardy perennials.

They look similar, though peppermint has darker, glossy foliage and pink rather than white flower spikes, while spearmint has more rounded leaves.

Growing:  Propagate by division and by root cuttings, since any section of root with a stem node will produce new feeder roots in moist soil.  Mint plants prefer full sun and humus rich, moisture retentive soil.

NB: Growing herbs like mint is best done in a pot, away from over plants. If not contained, mints can be invasive and may represent a nuisance in the garden.  Space plants at least 3 feet apart. Luckily, Mints make excellent container plants grown in pots.

Nasturtium flowers resemble pansies in that they have fairly flat faces, but grow in a wide variety of colour ranges that include bright orange, scarlet red, crimson, bright pink and apricot.

The dark or bright green leaves are shaped like parasols and all parts of the plant including the seeds, leaves, stems and flowers are edible as a peppery flavoured garnish.

Growing:  Nasturtiums are a tender plant with large pea-sized white seeds which can be sown 1 inch deep directly into the garden.

Nasturtiums can be frost effected where frosts are common.  The plants bloom best in full sun and also require good drainage.

Dwarf varieties can be grown in the ground or in pots.

Origanum Vulgare is the traditioanl oregano used in herb gardens because of its hardiness, attractive purple flowers and smooth, spear shaped leaves.

Its flavour is not as intense as sweet marjoram or some of the more tender hybrid oreganos such as O.x marjoricum, commonly called Italian oregano.

There are also some beautiful Oreganos which have landscape value such as O.vulgare “Aureum” a low spreading plant with botton like leaves that makes a beautiful edging or container plant.

Growing:  Oregano can be effected by frosts, so find a sunny position in the garden.  They are a perennial plant.

Hybrid oreganos can only be propagated by cuttings.  Others can be grown by seed planted directly into the garden.

Many people start off growing herbs with parsley seeds.

Parsley is a hardy perennial plant that grows to a height of around 30cm tall.  It can be cut back regularly to produce new foliage which is extensively used in cooking.  There are two common varieties a plain leaf and a curly leaf variety.

Growing:  Parsely is easy to grow.  It requires full to partial sun in a well drained soil.

Parsley can tolerate poor soil, but will thrive on a small amount of fertiliser given twice yearly.  It makes an excellent container plant and it looks great growing in a window box.

Rosemary is a hardy woody shrub with evergreen needle like aromatic leaves with small blue flowers which appear in spring and summer. It is suited to temperate climates and can be effected by heavy frosts in cold climate areas.

There are many varieties available from dwarf varieties of under 3 feet to varieties growing put to 7 feet.

Growing:  Rosemary is a hardy plant in the garden.  It is easy to grow and will grow in most soil types.

It is not suited to areas with snow or heavy frosts.

Rue is a hardy bushy perennial that grows to around 2 feet with pungent, blue-green clover like leaves and clusters of yellow flowers in summer.

Growing:  It is usually grown from seed, but can also be grown from cuttings or division.

It is a shame that when people think of growing herbs, so few consider saffron.

The finest Saffron grows in Spain and Kashmir.  It is, by some distance, the world’s most expensive spice.

A type of autumn blooming crocus, plants are grown from bulbs, which produce spiky green leaves in summer and flowers on bare stems in autumn.

At the center of each cup shaped bloom is a pair of long reddish filaments.  These are removed by tweezers and dried in batches on screens to make a bitter flavoring valued in certain gourmet dishes.  The filaments are also the source of a deep yellow dye.

The bulbs can be grown in the garden or in pots.  Saffron requires a fertile well drained soil.

Although there are two kinds of savory grown in herb gardens (winter savory and summer savory), it is the summer savory that is the most pungent and useful as a seasoning.

Unfortunately, it is not a very attractive plant, growing loose, upright stems up to 3 feet tall, with slender leaves.  Winter savory, especially the dwarf form, ‘Repens’ is more ornamental in appearance.

It forms an attractive cushion just 6 inches tall and is covered with masses of white flowers in late summer.

Both winter and summer Savory are hardy perennials.

Growing:  Propagated Savory either by seed, division, or cuttings.  Seed can be planted in punnets and gown on to seedling stage.

Like mints and scent-leaf geraniums, sage is a large family of plants.   Many sages are useful in herb gardens some grown purely for ornamental effect and fragrance.

Common sage is a clump forming hardy perennial with woody stems and decorative, gray green, lance-shaped leaves that appear to be blisted.

The leaves have a strong, camphor-like flavour.  In early summer, the plants produce spires of decorative blue flowers.

Growing:  Propagate sage from stem cutting and division.   Although it is perennial, plants rarely live beyond a third season, when they become brittle and fall apart.

They prefer full sun and well-drained soil.  Space plants at least 12 inches apart.  The variegated forms are especially good to group together in containers.

Sorrel is a hardy perennial growing in a clump of long broad wavy leaves that can be harvested as an edible green for most of the year, even during winter months.  In mid-summer the plants produce clusters of reddish flowers, which are followed by brown flaky seeds that persist on the stems a long time.

Growing:  Sorrel is best propagated by division.  The plants also grow easily from seeds sown directly into the garden.  Sorrel likes a sunny position, but will tolerate light shade.  Sorrel will grow in most soils by good drainage is important.  Sorrel with self seed in the garden or can be grown in pots.

A tall feathery, fast growing annual Sweet Annie has no culinary value, but it has a wonderful, sweet aroma similar to Eucalyptus, with powerful deodorising qualities.  Growing herbs like this one seem to have gone out of favour recently, with the focus being more on edible herbs.

Growing:  Sweet Annie is easily grown from seed direct sown into the garden.  This plant will self seed in the garden.

Sweet Cicely is a hardy perennial, sweet cicely grows heavily indented, aromatic leaves and clusters of white flowers in summer.  The plant grows to 3 feet and self sow readily.

Growing:  Sow the seed directly into the garden.  Sweet Cicely prefers a well drained soil in a sunny position

There are two types of Tarragon,  French Tarragon (the preferred type) and the Russian Tarragon (a less desirable plant because of its poor aromatic qualities).

Growing:  French tarragon is sterile, does not seed, and can be propagated only by division or cuttings, Russian tarragon will grow easily from seed.  Both are hardy perennials and grow to 3 feet tall forming clumps of slender stems with narrow smooth leaves.

Tarragon rarely flowers and when it does the flowers are green and small.

During winter and cool spring and autumn months the rosettes stay tight and low to the ground, but in hot weather they elongate and go to seed.  However, there is barely a day of the year that you cannot harvest fresh watercress as an edible salad green.

Growing:  Contrary to popular belief water cress does not need water in which to grow.  Although it thrives in shallow running streams, with its roots permanently covered in water, watercress will grow in any humus loam soil, mulched to retain moisture.

Though watercress is easily grown from seed, direct sown into the garden during cool weather and lightly covered with soil, it is most easily propagated by dividing up an existing clump and transplanting it to a sunny location.

Watercress also grows well in pots, especially if the base of the pots rests in water.

Rosemary and many other herbs make great hedges. For more about Hedging Plants, see here.

Why not grow some Mushrooms to go with your herbs? To find out more, see here.

If you’d like to know more about Citrus, see here.

Read this to find out about the Best Native Australian Plants for your garden. 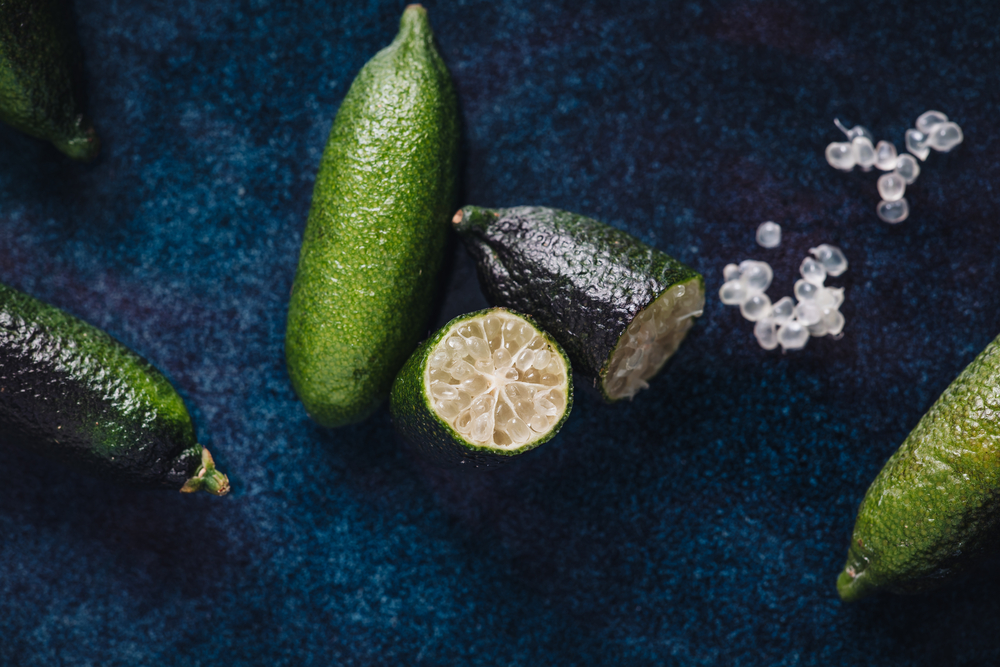 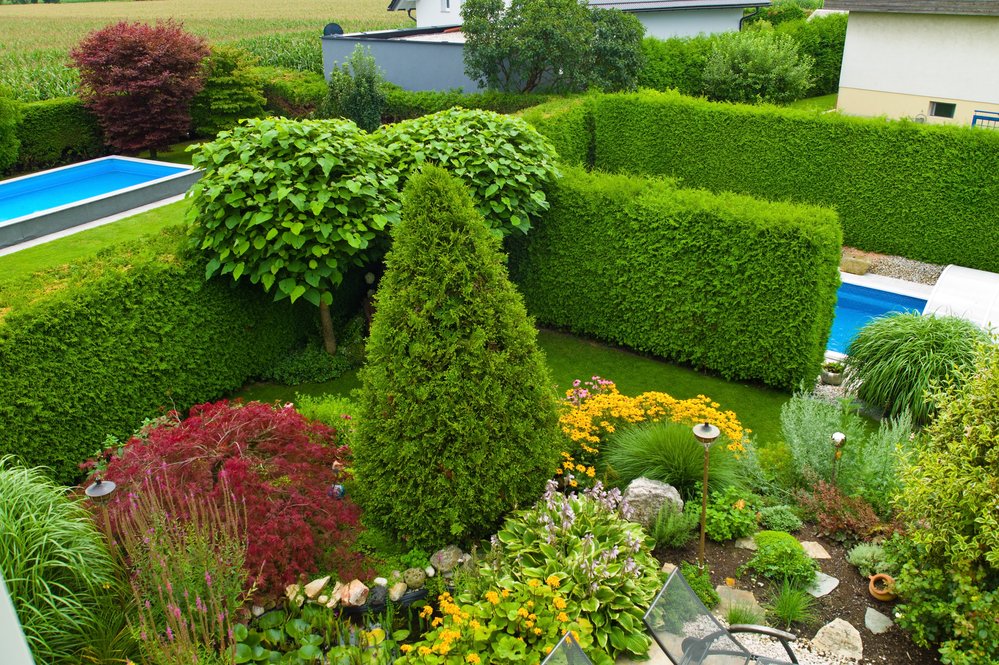