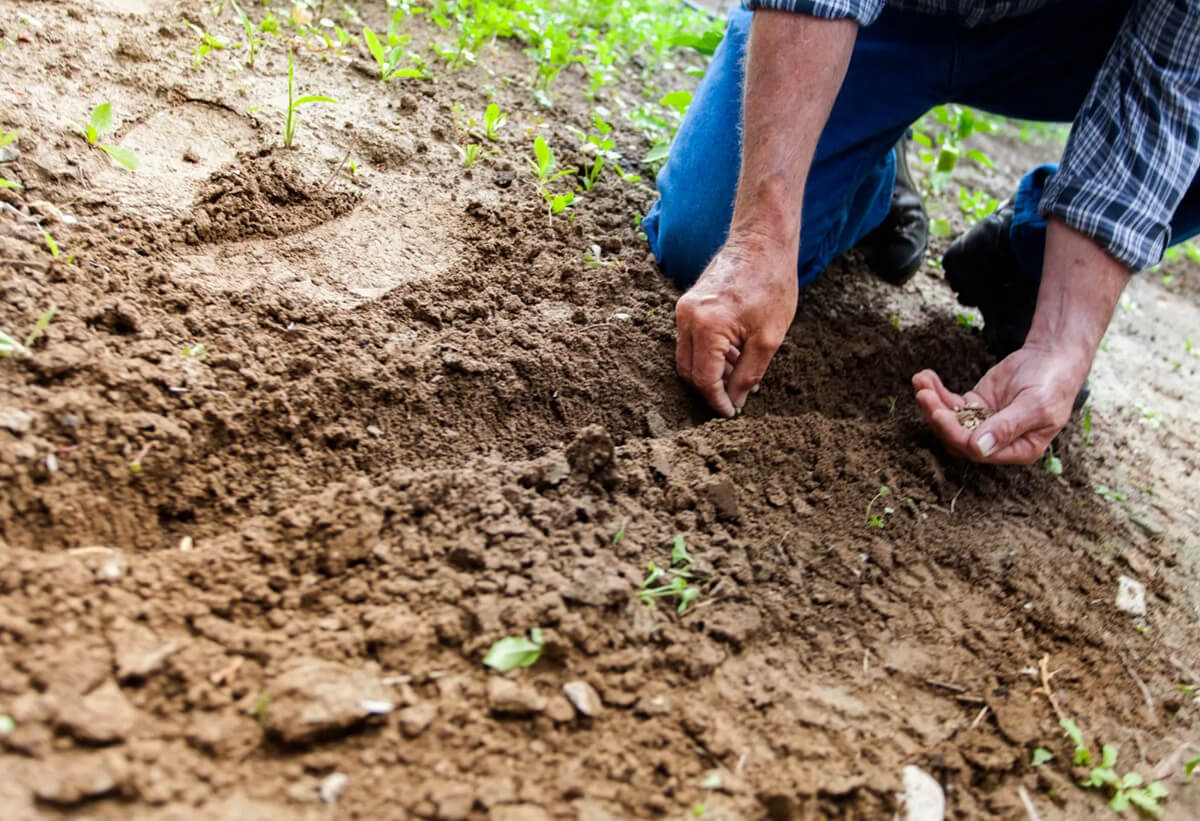 Getting started as an organic gardener

1) Think about the vegetables and herbs you enjoy eating and the flowers you enjoy looking at. Make a list of those you enjoy most, and think about which are hardest to find or most expensive to buy in stores – those are the ones you’ll want to grow. Sweet corn, winter squash, and watermelons are popular choices, but be aware that they take up a lot of space (winter squash, for example, should be planted at least 180 cm/6 ft apart).

Other vegetables take more space than you might think – tomatoes, for example, should be planted at least 60 cm apart. Some plants that get big (cucumbers and beans, for example) can be trained up structures called trellises so they take less space.

3) Further divide the crops you want to grow into crops that can be grown from seed in the garden and those that are usually planted in a house or greenhouse and moved (or transplanted) into the garden as small plants. Of the crops listed above in step 2, broccoli, cabbage, cauliflower, mustard greens, eggplant, kale, peppers, and tomatoes are almost always transplanted by new gardeners. Cucumbers, pumpkins, and watermelons are sometimes transplanted and sometimes not.

4) Using your lists from steps 2 and 3, above, figure out which plants you need and buy the seeds you need.

5) In August, or as early after that as you can, find a garden spot (or take whichever one you’ve been given). If you have a choice, your garden location should be flat and exposed to full sun all day.

6) Use whatever tool(s) you have handy to break up the soil throughout your garden. If at all possible, add some mulch, manure or compost.

7) Mark off the areas you plan to grow in with sticks. Leave paths in between that are at least 30 cm

8) Use your tool(s) to prepare smooth beds where the topmost soil is very fine (no large lumps).

9) Using the directions on the seed packets you bought, start planting seeds or transplanting the seedlings you had grown earlier. Leave space for the last minute additions that you hadn’t counted on.

10) Weed your garden regularly (at least once a week), and put down leaves, straw, newspaper,
and/or cardboard around your crops to keep weeds from growing. Harvest crops as they mature.

11) When all danger of frost has passed (in late August or early September), transplant your warm-season crops into the garden as quickly as you can.

12) Continue weeding and harvesting through the summer, watering your garden thoroughly (for one hour or more) once a week if it has not rained.

14) Harvest your garden for as long as you can.